Home » Travel & Nature » Best Apple-Picking In the US

Autumn is right at the door, and that means shorter days and cozy evenings. It also means apples are in season, and whether you love cider, apple pie, or just eating them in their pure form, picking your own from an orchard is a great experience. There are over 7,500 orchards today, with many offering pick-your-own. Where’s the best apple-picking in the United States? Here are orchards from around the country worth checking out:

In 1947, R & A Orchards began when Leonard and Della Payne planted the first trees. Their daughter, Ann, joined with her husband Roger Futch. The orchard has remained in the family, offering you-pick apples on September weekends, along with tours and homemade goods like fruit jelly, hot sauce, honey, and more. R&A topped the list of the USA Today’s 10Best reader’s choice for best orchard in 2019, which is impressive considering Georgia is packed with orchards.

For the best apple-picking in Washington, consider Johnson Orchards. Established by Alfred Johnson, a Swedish immigrant, this orchard is over 100 years old. It began when Alfred and his brothers took a free train ride, which was offered to anyone wanting to plant an apple orchard in Yakima Valley. They bought 60 acres. Today, the orchard is famous for tree-ripened cherries, but during the autumn months, you can pick your own apples using harnesses and buckets. The orchard also offers pears, which are in season through December. For something extra sweet, head to the bake shop. 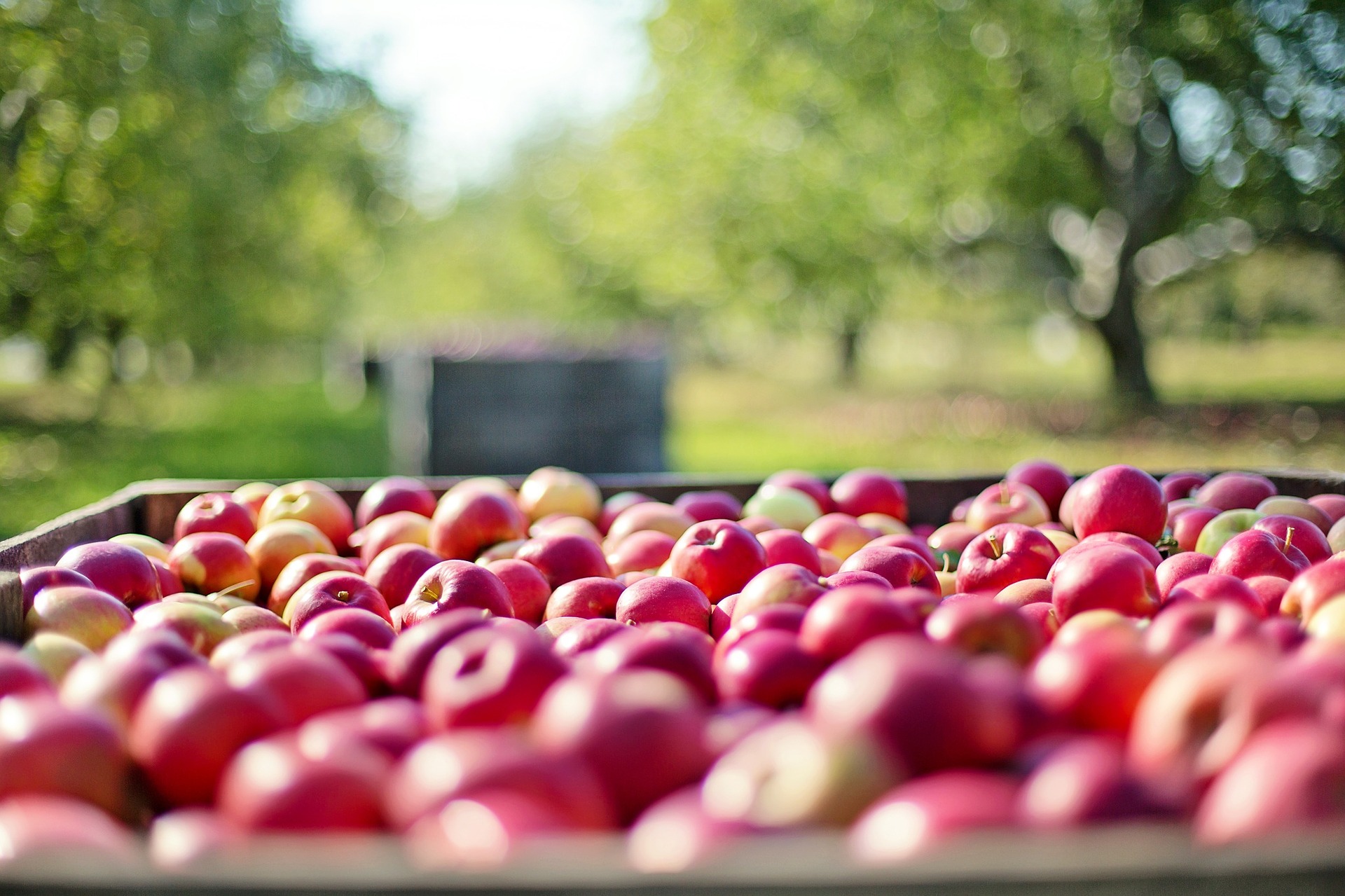 There are over 7,500 orchards today, with many offering pick-your-own.

Stow is a relatively small town, and Honey Pot Hill Orchards is one of the highlights. The farm spans 180-acres, and grows a variety of crops like apples, pears, and blueberries. According to a 2017 article, Honey Pot Hill is operated by the third and fourth generation of the Martin family. If you want a full orchard experience, this is the place to go. They have a large variety of apples, including Honeycrisp (in season from September-December) and Golden Delicious (in season from mid October-December). In addition to you-pick apples, you can find farm animals, hayrides, and three mazes. The massive Green Monster Hedge Maze is 1.5-miles, and takes an hour to finish. If that sounds intimidating, there’s the smaller mini monster maze, which is a scaled down replica of the Hampton Court maze in England; and the tunnel maze for kids 4-9. According to their website, they will be opening a hard cider tent this year.

For an apple orchard, vineyard, and pumpkin patch all in one, head to Missouri to visit Historic Weston Orchard & Vineyard. The 50-acre farm produces all kinds of seasonal fruit, like peaches, strawberries, and cherries, and of course, apples and pumpkins. It’s one of the largest U-pick orchards in the area, and you can find other great activities like hayrides, games for kids, a corn maze, zip lines, and more. For treats, there’s pies, caramel apples, apple donuts, and cider all made on location. For a more adult beverage, check out the vineyard side of the farm. On the site, Historic Weston says it’s partnered with a local vitner to transform its grapes, and they’re offering tastings, glasses, and bottles of vintages like Sweet Liberty White Wine and Earl’s Reserve Red Wine. Under coming soon, they have an apple raspberry, which is 90% apple wine and 10% raspberry wine.

The best apple-picking in the US is all about gathering apples perfect for baking or eating, but did you know that many orchards used to be all about producing hard cider?