Ladies and gentlemen, it is time once again for the greatest productivity slowdown in American commerce. All over this great land, workers are huddled around a single desk. Is it a technology upgrade? A new product placement? Are performance bonuses being handed out? Not even close. The NCAA men’s basketball tournament officially gets underway Thursday. Office bracket games, sometimes for a little money, sometimes for bragging rights, are happening in tens of thousands of workplaces. Gildshire Magazines, a nationwide leader in office camaraderie solutions, offers up our thoughts on what you might see in the three weeks to come. If you win your NCAA March Madness bracket game using some of our ideas, good for you. 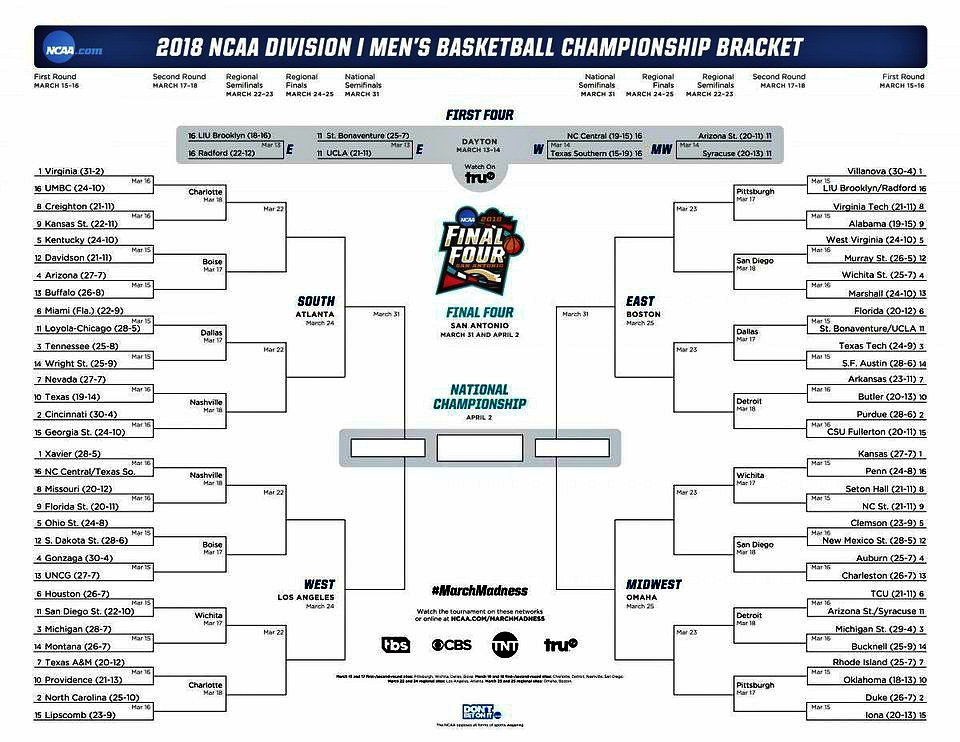 Did that help? We hope so. Moreover, though, plan to enjoy some college basketball over the course of the next three weekends. NCAA March Madness is a spectacle of competition that encompasses electrifying talent with school spirit. Fans travel across the country to watch their teams try and do what has never been done. Namely, a 16-seed taking down a 1-seed. If that ever happens, your bracket and the bracket of every expert you trust will be busted beyond repair.

Tell me, though, aren’t you, in your heart of hearts, rooting for that to happen just once? What a day that will be for a school you didn’t know existed until you saw their name on a blank bracket sheet. It’s why they play the games on the court, rather than on paper. Enjoy NCAA March Madness 2018.