Home » Our World » Tokyo Rose: The Patriot Convicted of Treason

The story of Tokyo Rose reads more like a fictional thriller than something from the pages of political news magazines, but truth is stranger than fiction. Imagine that you’re 25-years old and have never traveled outside of the United States. Then, your family sends you away to visit a sick relative, and you’re suddenly trapped. That’s exactly what happened to Iva Toguri, who left Los Angeles for Japan in 1941. Scheduled to return home by ship, she was denied a spot because of a paperwork issue. A few days later, Japan bombed Pearl Harbor, and Iva found herself essentially a prisoner of war.

Stranger in a strange land 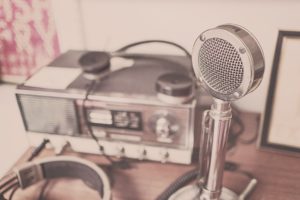 The Japanese police attempted to force Iva to renounce her American citizenship, and upon her refusal, classified her as an “enemy alien.” After living with relatives for a few months and facing harassment by both the police and her own neighbors, Iva moved to Tokyo. By 1943, she found work as a typist for Radio Tokyo. There, she met Charles Cousens, an Australian military officer forced to run a propaganda radio show called “Zero Hour.” Instead of producing the kind of sinister programming the Japanese wanted, Cousens worked on making “Zero Hour” a farce. He asked Iva to work for him as a radio announcer, describing her voice as “a comedy voice.

Iva took the role. Instead of threatening American soldiers like many other propaganda radio shows did, Iva adopted a friendly, almost sarcastic tone. She called herself Ann or Orphan Ann, and once even introduced a 1944 broadcast by saying she presented a “program of dangerous and wicked propaganda for my victims in Australia and the South Pacific.” The G.I.s loved her, and began calling her “Tokyo Rose,” a name they gave to all Japanese female radio announcers. 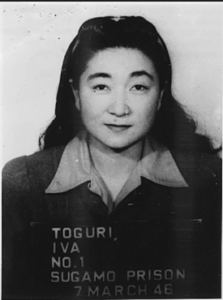 After the war, Iva wanted to return home to the States with her husband, a Portuguese-Japanese man. However, she was low on cash. When American reporters offered her $2,000 for an interview with the mysterious Tokyo Rose, she identified herself. The US Army took note, and began investigating her. In 1948, she got her wish to return to the United States, but it was to face trial for treason.

In San Francisco, Iva attempted to show her patriotism and that the farcical “Zero Hour” proved it. Charles Cousens himself spoke on her behalf, but witnesses from Japan claimed they’d heard her taunt American soldiers after the Battle of Leyte Gulf. Despite the fact that the statement didn’t appear in the show transcripts, Iva was found guilty in 1949. The court stripped her of her American citizenship, fined her $10,000, and sentenced her to 10 years in jail.

Iva spent six years in jail, and after her release faced intense discrimination. It wasn’t until the 1970’s that public opinion began to sway in her favor, and in 1976, two key witnesses admitted they had been threatened into testifying against her. Anti-Japanese sentiment ran high after the war, and Iva Toguri was an ideal scapegoat. Even the judge pressured the jury to return with a guilty verdict, and they hadn’t been able to hear clips from the “Zero Hour” show. 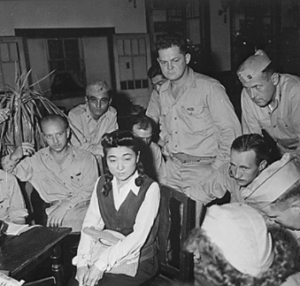 With the truth about the case revealed, activist groups like the Japanese-American Citizens League called for a presidential pardon. In 1977, President Gerald Ford gave it to her. She spent the remaining years of her life as a full American citizen. Iva died in 2006 at age 90. One last fact about her: her birthday was July 4th. You can hear her famous voice in this interview on Youtube.