Home » Aftermath of Volkswagen’s Dieselgate is Coming Into View

Throughout 2018, Gildshire’s Car and Motorcycle magazine reported on a story. It was a story with economic implications, environmental impact, and an expose’ on the inner workings of a respected company that believed it could get away with cheating. There were twists and turns in the story, partly due to a multi-national corporation hid behind a smokescreen (in this case a literal smokescreen) of shenanigans. At the end of the day, as in any good story, the bad guys got their comeuppance, and the world was a better place for the crooks getting caught. The story was Dieselgate and Volkswagen’s attempts to cheat their way to acceptable emissions pouring out of their “clean diesel” cars and trucks. It was a shameful example of corporate hubris. But Volkswagen’s Dieselgate is begetting a new and humbler company.

New and Humbler? How so?

Volkswagen or, more precisely, parent company Porsche Automobil Holding SE, wants to get the stench of Dieselgate in the past. Toward that end, the company’ new television ad “Hello Light,” hopes to convince consumers that its shady past is a relic of a bygone era. The campaign uses “The Sounds of Silence” by Simon and Garfunkel as the backdrop for a mea culpa and an invitation to join VW on a journey to an electric future. 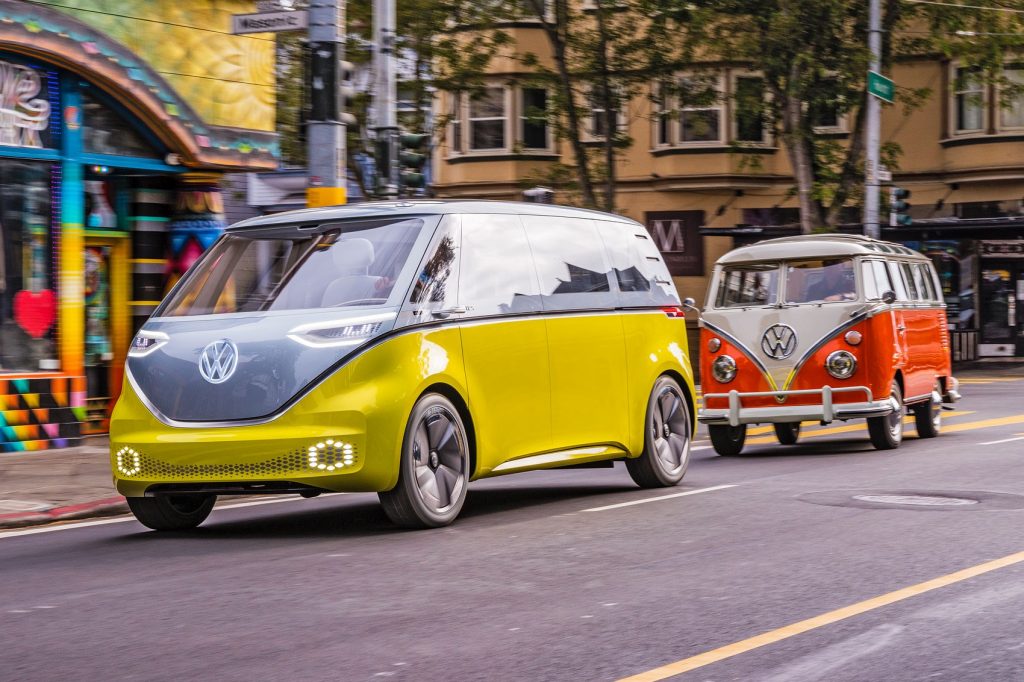 “Volkswagen’s Dieselgate is in the past.” That’s the message behind the ad that features the I.D. Buzz.

The ad lasts 1:45 and aired Thursday night during Game Three of the NBA Finals. It shows the battery-powered I.D. Buzz concept van, emerging from the shadows with its LED light and paint package coming into view. The commercial spot, according to Volkswagen, is part of the company’s plan. That is, to present a new VW to the American driving public.

The company guarantees, per a press release “a new ethics and compliance program with real teeth. Aggressively investing in electric vehicle development and production in the wake of the scandal.”

A new badging and logo accompany these lofty promises. The iconic Volkswagen interlocking letters logo is now in black and white. Their new “Drive Bigger” slogan is part of the marketing material the company is spreading around. Volkswagen says its new motto is part of a long-term vision. One goal is to reduce its carbon footprint by 30% in the next six years.

As part of its efforts to rehabilitate a shattered image after the fallout from Volkswagen’s Dieselgate is a $50 billion commitment to EV production in the next nine years. Seventy new electric vehicles, including U.S-destined products such as the I.D. Roomzz and I.D. Crozz in 2020, and the I.D. Buzz in the ad campaign.

Volkswagen’s Dieselgate is a stain that will never go away completely. If the aftermath is a better, and even humbler, car company Gildshire applauds the steps that bring that goal closer. We’ll keep watching, because it’s what we do.