How Controlling Parents Affect Other Relationships?

What is the Impact of Controlling Parents?

In a new longitudinal study by researchers from the University of Virginia, the group of researchers wanted to examine the long-term effects of psychologically controlling parents on our psychological health. Based on the findings of the research, there is a strong link between overbearing parents and difficult social relationships in later years of life.

The researchers gathered approximately 184 people who were between 13 and 32 years old with a wide range of socioeconomic backgrounds and who all had one thing in common. They all had or felt that they had controlling parents during their teenage years. The questions posed to all participants were about their lives, the parenting styles of their parents, as well as questions about relationships and the education they have. 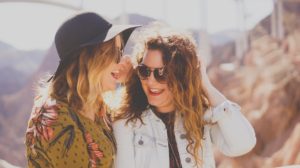 How Controlling Parents Affect Other Relationships?

The Results of the Study

Emily Loeb, one of the researchers from the study said in a release:

“Parents, educators, and clinicians should be aware of how parents’ attempts to control teens may actually stunt their progress. This style of parenting likely creates more than a temporary setback for adolescent development because it interferes with the key task of developing autonomy at a critical period.”

Psychological control is overprotective behavior, invasive actions, or being prone to criticizing and even shaming children for mistakes. There is a practice known as inner child healing that can help you heal those wounds from childhood and help you flourish as an adult.

As a parent, you might be worried that you can display controlling behavior. It’s important to remember that there is nothing wrong with boundaries a child but there is a way to do this in a helpful way, not harmful not only for the short term but for the long run too.

Being a Parent is not Easy

It’s understandable that we all want what’s best for our children. Finding the best and perfect approach is challenging. However, the important thing is to do your best. Therefore, avoid shaming, criticizing, invasive behavior, or overprotective behavior. Sometimes, we are too worried about our children and we want to protect them from everything. This will not do any good for our children. But instead, psychologically stunt them from growing into independent fulfilling lives.