In 1999, country superstar Garth Brooks was on top of the world. He would have appeared in the best online art magazines. The previous year, he’d released his seventh album, which debuted #1 on both the Top Country Albums and Billboard 200 charts. It sold 10 million copies. Then, at a press conference in February, Brooks announced he would be working on a movie. His role? An Australian rock star named Chris Gaines. 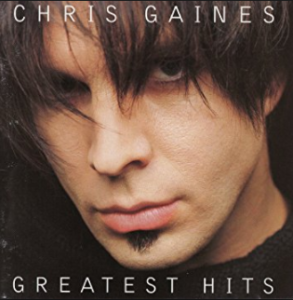 Chris Gaines as he appears on his “greatest hits” album

This began a strange year for Brooks, who went method and transformed himself into “Chris Gaines,” who wore a lot of black leather complete with eyeliner, a soul patch, and straight-ironed hair. VH1 released an episode of Behind the Music with Chris, as if he was a real person. Audiences learned that Chris grew up loving rock music, but his father disapproved. Chris joined his first band, but success stalled when the lead singer died in a plane crash. Chris Gaines then released his first album alone, selling 12 million copies. In the episode, real people like producers and music journalists acted as if Chris was real, while actors played people like his friends and family. So, it seemed viewers were supposed to enter a fantasy with Brooks, but then on an NBC special called “Garth Brooks…In the Life of Chris Gaines,” Garth Brooks appeared as himself explaining what playing Chris was like. The inconsistency confused fans.

When the plot to the Chris Gaines’ movie – The Lamb – came out, it got even more puzzling. Chris Gaines actually dies in the first scene, and the movie begins to follow a superfan trying to prove that Chris had been murdered. Chris would continue to appear in the movie, however, in flashbacks. When it came to who would play Chris, Brooks suggested Steven Tyler. Brooks (who was writing the film) thought he might take the role himself. Convenient, since Chris Gaines apparently had a car accident that required facial surgery that made him look like Garth Brooks! What are the odds? So, when we went to the movie, we were meant to know it was Garth Brooks playing Chris Gaines. Chris Gaines couldn’t be playing himself. Because he was dead. Make sense?

That movie never happened, but a “pre-soundtrack” album did. Called “Greatest Hits,” the album Garth Brooks recorded as Chris Gaines was supposed to sum up Gaines’ whole career. It featured songs like “It Don’t Matter to the Sun” and “Lost In You,” which actually hit #5 on the Hot 100 chart. The album, however, sold only 2 million copies, which would be decent for anyone but Garth Brooks, the best-selling artist of the decade. Brooks had planned on releasing another album as Chris Gaines called “The Lamb,” after the film, but people wearied on the experiment. In November of 1999, Brooks released a Christmas album, which once hitting #1 on the Top Country Albums, proved that people just wanted more Garth. 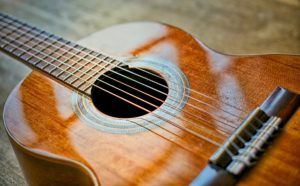 Despite the negative reviews and baffled reaction, Brooks says he doesn’t regret creating Chris Gaines. He loved the music, he says, and the music isn’t bad. Acoustic artist Rosie Thomas covered “It Don’t Matter to the Sun,” and Brooks himself played it for a fan on a Facebook live stream on March 12. You can buy a used copy of “Greatest Hits” on Amazon for as little as $5. You can also watch the “Lost in You” video here on Youtube, and get a taste of Gaines’ sound.